What a sad day. I grew up with Robin Williams. Mork and Mindy was one of our favorite shows. We looked forward to it because we knew we would belly laugh at least once… “Nan Nu Nan Nu!”

To imagine now that this man, who was so extremely talented, could have been so troubled as to kill himself is heartbreaking. So many are touched by this tragic news. My daughter is in Disney World as we speak and her reaction was classic.

“Mom, it is so sad to have the Genie die while you’re at Disney.”

How many laughter wishes has this genie-us granted in his lifetime? Many more than three…Some of my favorite lines by Robin Williams were in Disney’s Aladdin.

Genie: So what’ll it be, master?

[cuts his head off]

Genie: I can’t make anybody fall in love with anybody else.

Genie: [turns into a pair of lips and kisses Aladdin]

Genie: You little punim there. Rule #3!

[turns into a slimy Genie, and imitating Peter Lorre]

Genie: I can’t bring people back from the dead. It’s not a pretty picture. I don’t like doing it!

Genie: [he returns to normal]

Genie: Other than that, you got it!

Genie: Are you looking at me? Did you rub my lamp? Did you wake me up? Did you bring me here? And all of a sudden you’re walking out on me? I don’t think so, not right now. You’re getting your wishes, so sit down!

Jafar: You stay out of this!

And the final quote…

Aladdin: So, three wishes. I want them to be good. What would you wish for?

Genie: Me? No one’s ever asked me that before. Well, in my case. Ah, forget it.

Aladdin: Come on, tell me.

Oh, if his fans could have just one more wish…

Whatever torment his seemingly light-hearted soul has endured, he is now free. And from now on the part of Comedy will be played by a tall, dark and sinister imposter. 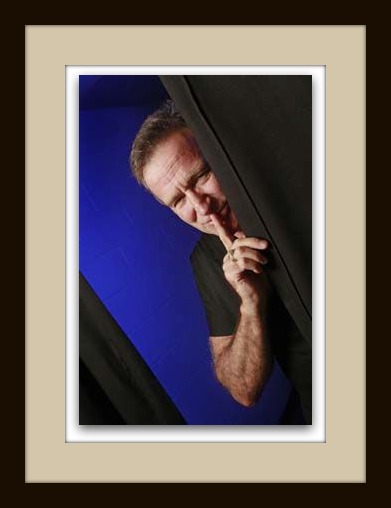