I know you’ve heard of Mother’s Against Drunk Drivers, but I want to be president of DADD. DRIVERS AGAINST DRUNK DRIVERS. Yes, my Mr. Cozi and I were hit a second time Friday night by a drunk driver.

About 3 years ago, Mr. Cozi was released from the hospital after neck surgery and we carefully headed home. While sitting at a red light, minding our own sobriety, we were rear-ended by a young, drunk, non-insured drug addict at 10:30 on a Saturday morning. To say that this scared me to death, is the understatement of the decade. The first thought that crossed my mind was, “Jay (Mr. Cozi) could be paralyzed from a hit this hard.” Thank you, Dr. Orthopaedic Surgeon for doing such a good job that even a drunkard couldn’t undo your handiwork.

I guess people have come to blows over situations like this because I found it funny that they parked a fire truck between me and the offender. I was told very politely by the officer on the scene to get back in my car, because I demanded to know whether the driver was intoxicated or not. Seething in my car, the officer returned with the news that yes, the driver-under the-influence was going to jail.

As far as I know, he was released the next day and went back to his sad, selfish, foggy existence. Our insurance paid to repair my hanging-by-a-nut-and-bolt bumper, but not before I was forced to rent an “umpa-lumpa car” and wait 6 weeks on trunk parts and insurance adjusters to release my car. Yes, the body shop who did the repairs held my car hostage for 4 days because the insurance company had not made the final payment yet.

Now, a little over 3 years later, we were on our way home from a fun evening with friends at the First Friday Artwalk. Mr. Cozi was tired from a long day that started at 4 am, so we picked up a pizza from a local favorite pizza hangout and headed home. Once again, sitting at a red light, this time in a bit of a stupor from the intoxicating smell of warm pizza, we were slammed from behind. First words out of my mouth, “NOT AGAIN!”  I knew before I got out of the car that the driver was drunk. Call it driver’s intuition. 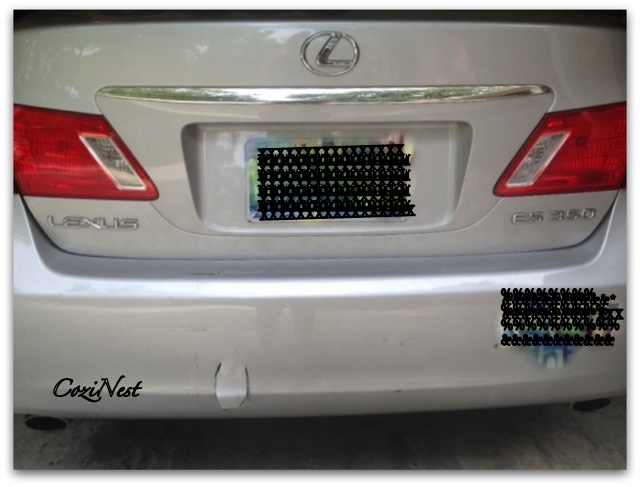 I was the driver in both situations and as I got out of the car to see if the driver was injured, SHE tried to get out of hers, too. She could not walk. When I noticed her car rolling backwards into the car behind her, I said “you may want to put that in park, ma’am.” As she tried to get back in her car to stop it, she fell on her back on the pavement. The gentleman from the car behind her assisted her back into her car.

911.  Police, fire, ambulance. I stayed in my car with our pizza this time. No need to park a fire truck between us. 😉 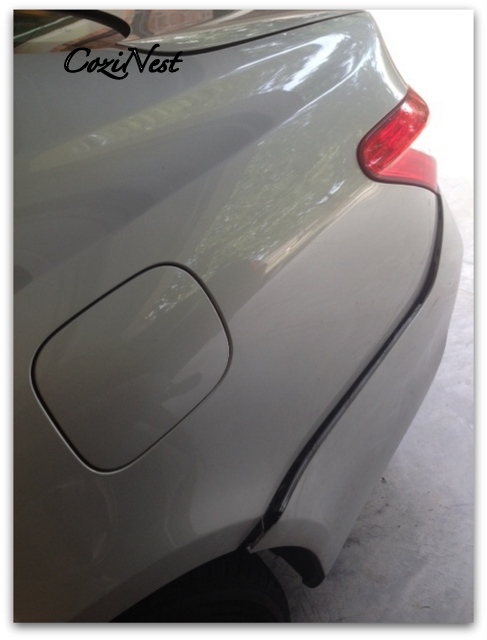 No one was seriously injured. I can only imagine how sore she might be this morning, when she woke up in the City Jail. But my point is this…

In all seriousness, I am so thankful no one was hurt and that I can sort of laugh about it all. But, please …. dui people take notice ….. I have removed the target off of my bumper. And I am now the president of Drivers Against Drunk Drivers. Fire trucks are on stand-by.