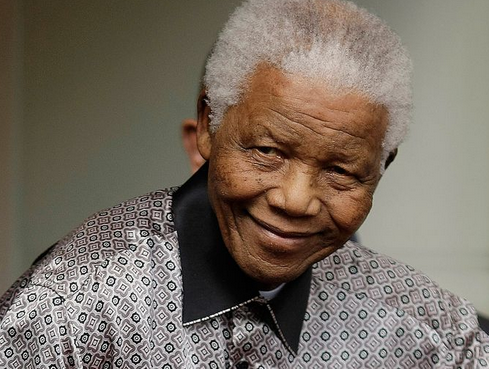 Nobel Peace Prize recipient, Nelson Mandela, died Thursday at the age of 95. He shared the honor of receiving this prize with people like Mother Theresa, Albert Einstein, Martin Luther King, Jr., and Jimmy Carter. He spent his life working to improve the relations between a minority of whites who ruled South Africa and the majority of blacks who were discriminated against.

He accomplished so much through, love, dignity, patience and compassion for all humans. It is fitting to remember him as a great friend to the world.

My daughter and I were having a discussion recently about friendship and now I have an example to share with her of how a true friend lives. He was a man of peace, who stood by his convictions with grace and dignity. He was respectful of all mankind, even those he had every right to hold a grudge against.

He was all about reconciliation. When I think about friendship, that word doesn’t necessarily come up. Friends usually work to avoid reasons to have to reconcile. However, when you think about it, isn’t that what friendship is all about? Aren’t we constantly settling our differences? No two humans are completely alike, so uncomfortable situations may develop on a regular basis. We work to ensure agreement and communicate the value of the other person in our lives, thus, reconciliation is constant.

As a woman who cherishes her friendships, I realize there may be times in our lives where reconciliation is not in anyone’s best interest. However, a peaceful disconnect with grace and dignity should always be the goal.

Nelson Mandela left us a great legacy. If we thought more like him, we’d likely have a lot less hostility and fewer quarrels. His thoughts on friendship, “I like friends who have independent minds because they tend to make you see problems from all angles.” I pray we continue this legacy, improving our relations with each other.