Mr. Cozi and I recently attended the Birmingham Sidewalk Film Festival. We learned a thing or two and visited some places that we’d never been – although Birmingham is our hometown. Of all the films we viewed, I’ll take four. Three documentaries and one feature film. 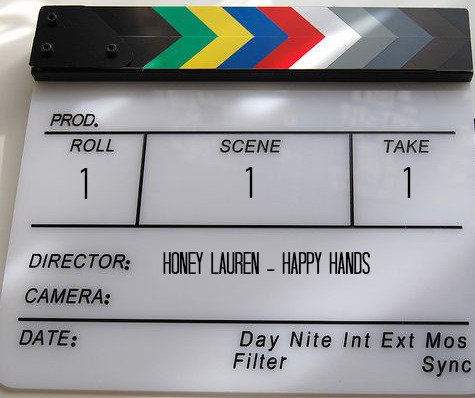 The Alabama School of Fine Arts was one of the venues that presented the films. One in particular has stood out in my memory for over a week. (That’s saying a lot with this mind.) A documentary called Happy Hands, directed by Honey Lauren was my favorite short.

The short film was the story of how Vietnamese-owned nail salons came to be so popular in the US. Tippi Hedron of Alfred Hitchcock fame, was instrumental in bringing refugee women from Saigon to safe haven in Los Angeles. IMDb describes it this way:

1975. Saigon was falling and the lives of thousands of Vietnamese would change forever… Displaced… a new country, a new language, America. Opportunity… but not a home, not a job. A dream. Hollywood icon, Tippi Hedren, gave her time and heart on the South China Sea, bravely helping Vietnamese refugees and eventually becoming a fixture in the camp known as Hope Village. There, Miss Hedren personally conceived and provided the means for twenty of the first refugees to establish themselves as manicurists. Together, they brought beauty to the masses, and established a new industry that became a Vietnamese American Dream for a people whose language has no word to describe it. This is the story of the Vietnamese ‘nail worker.’

Now every pedicure will have a new meaning. 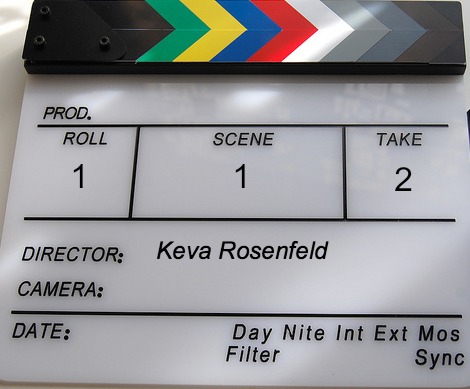 “All American High,” was a delightful look at teens during high school in the 1980’s. My own graduation was in 1978 and this film seemed to portray the backdrop of my life. Director, Keva Rosenfeld, filmed this in 1984 in California at Torrence High School, never knowing that it would strike such a cord twenty years later. A foreign exchange student from Finland is followed throughout the story and then interviewed to see how an American high school experience affected her life once she returned to her homeland. The audience laughed, oohed, awed and clapped at all the appropriate places resulting in Keva giving us acclamations at the end of the film. He called our Birmingham audience “one of the best he’d experienced.” Very fun film. 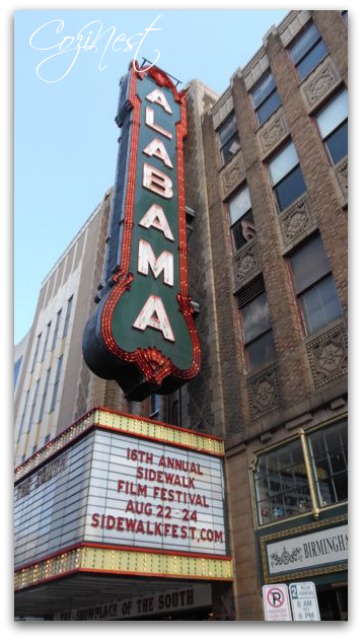 A feature film called Coherence. It was about a dinner party held during the passing of a comet over earth. (I have to admit that when we watched the trailer, I had doubts about liking this film. I am not a fan of science fiction or horror movies and this appeared to be both.) Director, James Ward Byrkit, did an excellent job keeping the suspense high without a single monster, alien or psycho murderer. If all thrillers were like this one, I’d be a huge fan. 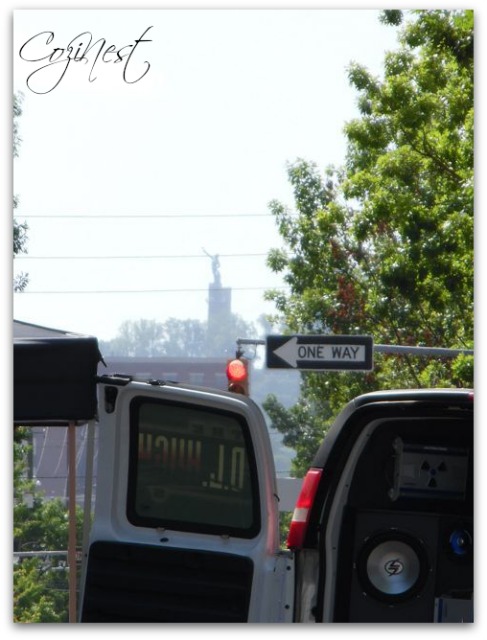 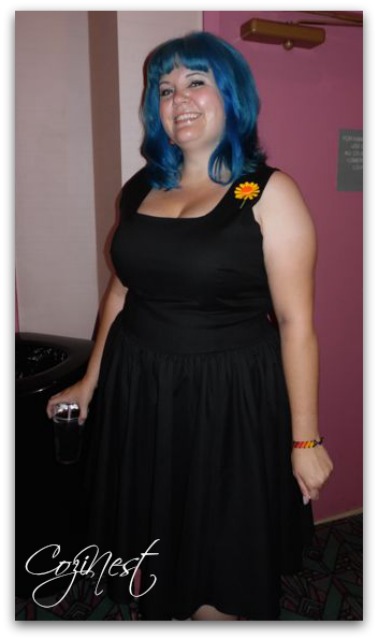 Out of Print, directed by Julia Marchese was my favorite for several reasons. The purpose of the film is to educate the public about the future of 35mm film and revival theaters.

As I entered the Carver Performing Arts Center to view this documentary, it was like history was being made in my personal life. As I was growing up, this facility was known as the Carver Theatre and was a location for the black community’s entertainment. Other movie houses in Birmingham were segregated and as the civil rights movement grew in the 50-60’s, many events were held here. Unfortunately, it later became a pornographic theatre and then began its decline in the 80’s. Thankfully, it is now part of the Birmingham Civil Rights District and home to the Alabama Jazz Hall of Fame. 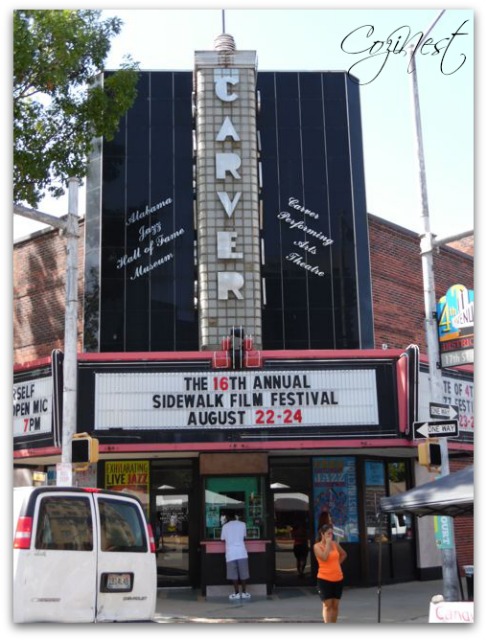 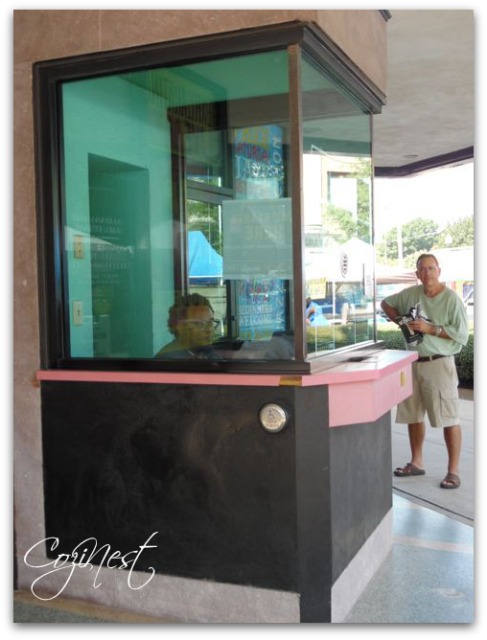 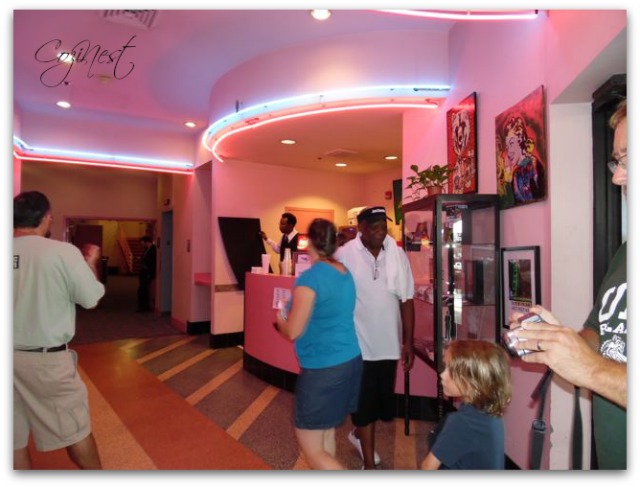 As Mr. Cozi and I walked down 4th Avenue North, I remembered being told as a teen that this was the place where prostitution was the corner business. Then an African-American lady, who was sitting outside of her beauty salon smiled and said to us, “Welcome to historic 4th Avenue North!” To me personally, she complimented my hair and told me I was a beautiful lady. Wow! How time has changed this part of Birmingham! I couldn’t help but put the shoe on the other foot. What would an African-American woman have heard from a white outside of a segregated theatre in the 50’s? 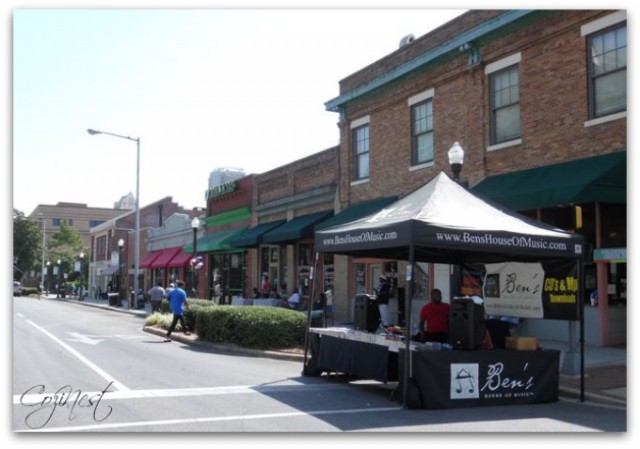 Choosing the Carver to show Out of Print was brilliant. This entertaining documentary could be changing the history of film as it’s made. A small theatre in Los Angeles called the New Beverly Cinema, has a similar history as the Carver. While it may not have been built as a result of segregation, it has been through several transformations. It began as a vaudeville house where acts like Dean Martin and Jerry Lewis performed and has had a merry-go-round of functions since. Everything from a movie theatre to a nude-dancing nightclub; it is now a revival theatre that plays 35mm film that may become extinct if not for people like Julia Marchese. 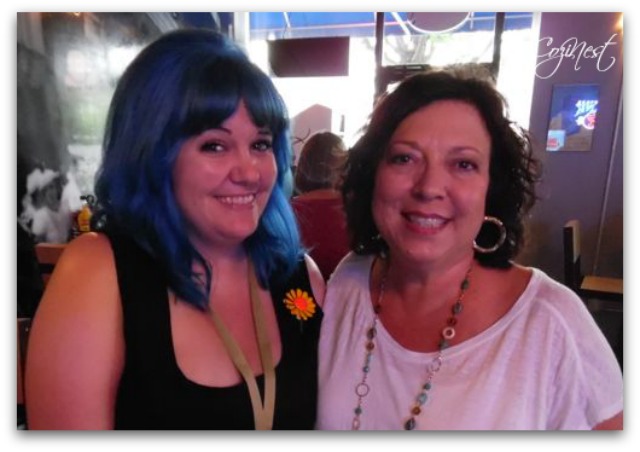 With the new age of digital films, 35mm film is in danger of being destroyed due to the storage dilemma their size creates. As the film depicts, even if some of 35mm films are digitized, they lose a lot of their quality and theaters like the New Beverly Cinema will be forced out of business. Revival theaters are struggling to stay in business all over the US, but this smart, energetic and lovely young lady has taken the campaign in hand to protect them.

The story of how she came to work at the New Beverly Cinema, as well as the camaraderie among the patrons/employees brings wistful thoughts of a time gone by. A time when we got all dressed up for the movies and a double feature was the only way to see more than one movie in a theatre. The employees of the New Beverly know most of their patrons by name and some are even cut off from popcorn and candy when they’ve had too much for their blood sugar to handle. See the film!

Heart-throbs from the 60’s such as Clu Gulager from westerns like The Virginian and producer/director John Landis are just two of those who might drop in at the showing of one of their films. Celebrity sightings are a regular occurrence. So if you are fascinated with making the old new again, show your support for saving revival theaters and 35mm films. You can see the trailer here.

Mr. Cozi and I have added a trip to The New Beverly to our bucket list! Yes, the film is that good. We will be making a trip to Los Angeles sometime in the future. 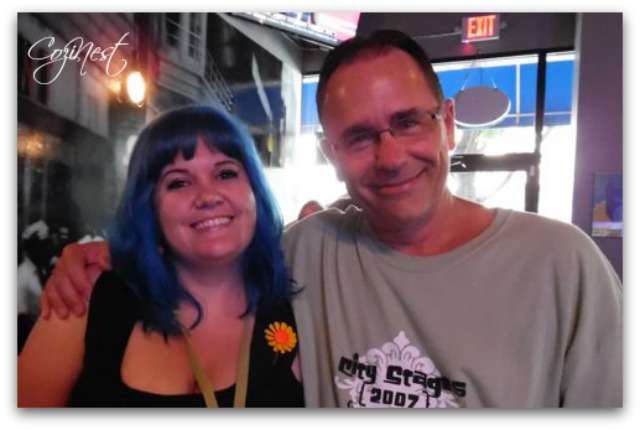 And that’s a wrap. (Wrap=Wind, reel and print) A saying of days gone by…