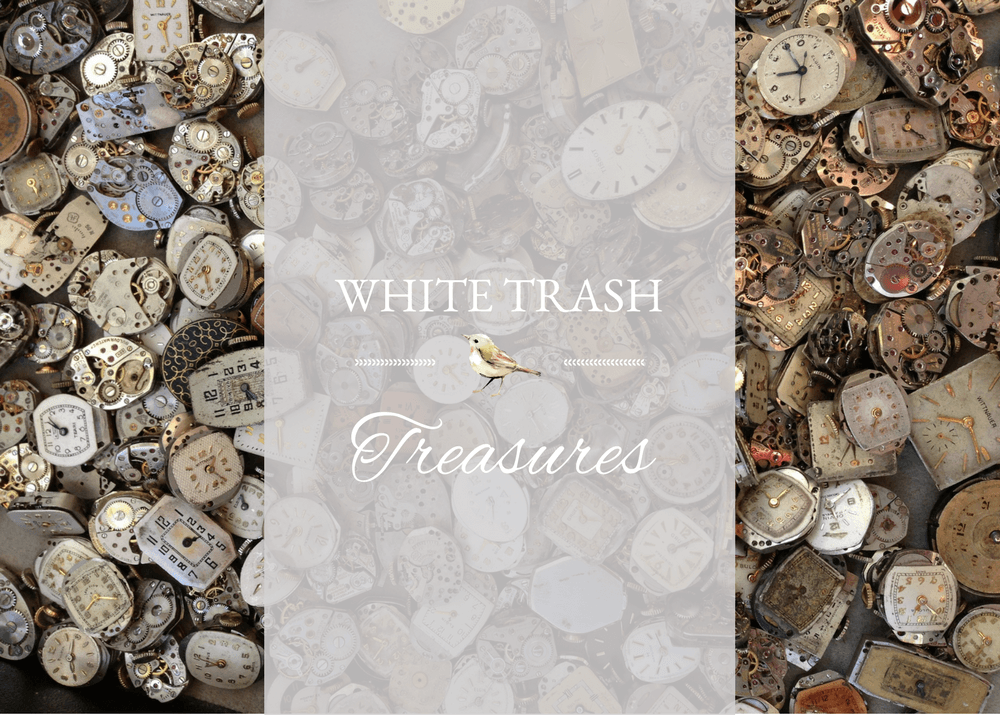 Each week I like to showcase an item that was once someone’s trash, but is now one of my treasures. Sometimes it becomes a treasure for our home and sometimes it lands in one of the booths. This week I am featuring an old iron serving platter rack that has been transformed into…. 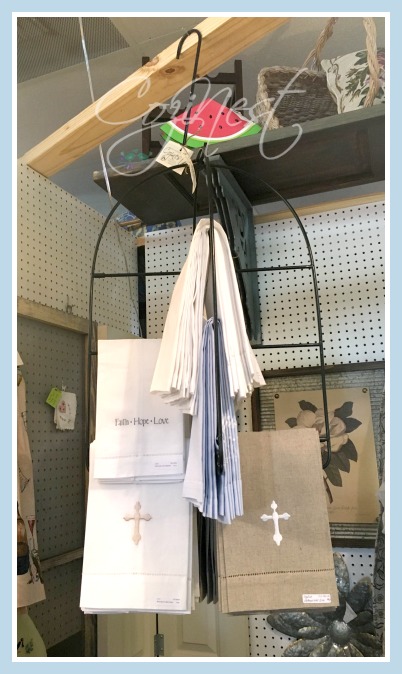 You just never know when you are going to stumble on something like this. It was sitting in a local thrift store where I was actually looking for an old fence, iron bed footboard or old ladder. I was on a mission to find a unique way to display my new tea towels and voilà! It folds flat and that is how I found it. Once I opened it, I discovered that in its previous life, it had held three fairly large platters which were now missing. And that is obviously why it had been donated in the first place. 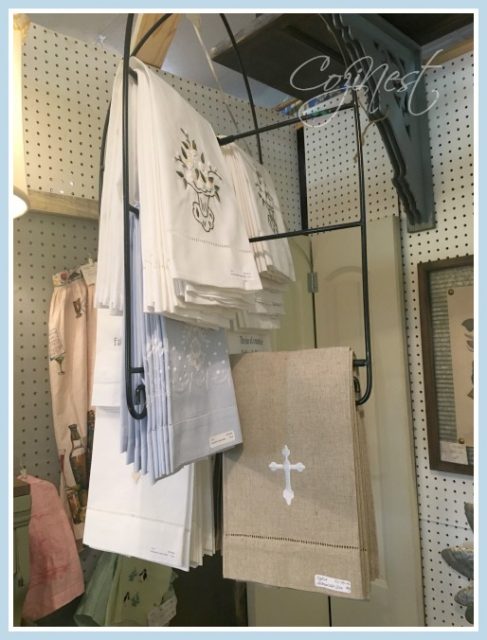 I put it in my cart, thinking I’d either find platters to replace the old ones or… display my new tea towels. As I continued to shop, a sweet lady stopped me and asked, “Pardon me, but I’m so curious. What are you going to do with that thing? It looks like it used to hold serving platters.”

I answered, “I think you are right, but I’m going to display tea towels on it in my antique booth.” She then asked, “How? Won’t they crumple at the bottom?” After I showed her the “S” hook, I’d found that day too, she said, “Wow! That’s a great idea to hang it from the ceiling!” I beamed.

So if you happen by the booth, be sure to check out the new tea towels. All ooh’s and ahh’s over my genius and innovative repurposing of the platter serving rack will be locked away in my heart! So go ahead and praise my tea towel display in the comments below. (hehehehe) I so appreciate you!