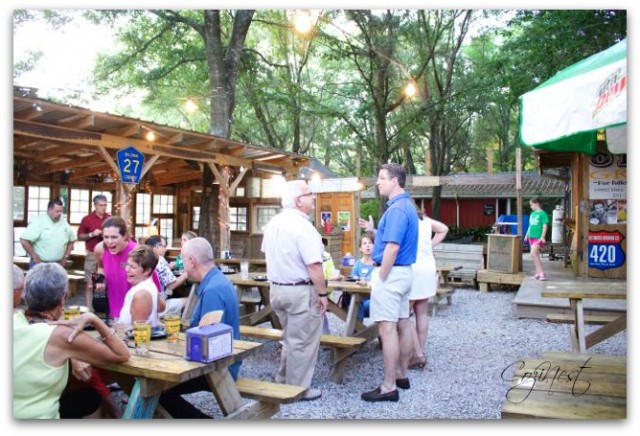 Nights were cool. The bug zapper would bzzzzt an unlucky mosquito now and then and laughter would echo across our smoke-filled carport. These are my childhood memories of summer nights spent sitting outside with our next door neighbors. I wish I could say that the smoke came from a BBQ grill, but it did not. Every adult seemed to smoke back then, so us kids never considered that we weren’t breathing in the fresh night air.

Forty-five or so years later, I truly enjoyed the fresh night air with our neighbors at local restaurant, Old 27 Grill. Monday night, there was no smoke in the vicinity, but the smell of freshly grilled burgers and sausages kept mouths watering and eyes wandering for the freshly cooked meal. The only thing missing was the sound and sparks of a bug zapper in the background and I could have been 10 years old again  enjoying a night of neighborhood fun.

If my fellow-Fairhopers are searching for a new local hangout, I have a great suggestion. If it’s been a while since you’ve visited the Old 27 Grill on Highway 181, may I suggest that you meet a neighbor there in the near future? 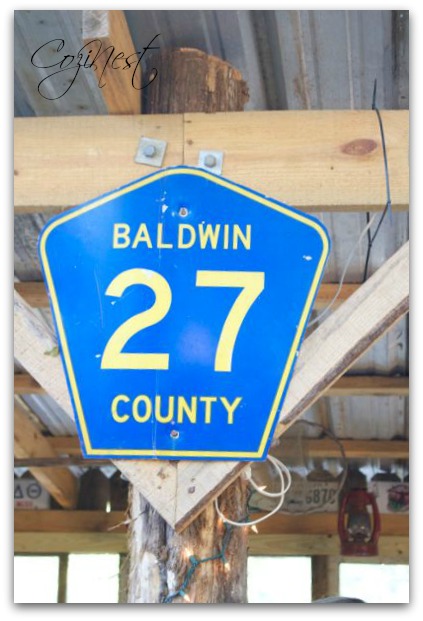 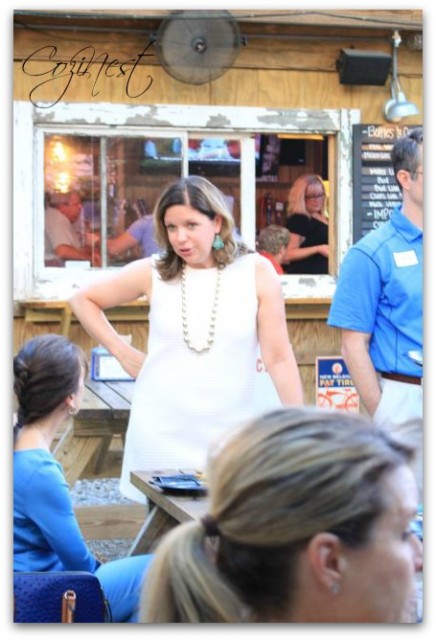 In March, my bloggers’ group was fortunate enough to be hosted by this unique local landmark and Monday night I had the pleasure of dining there again with another group of friends. As most of you know, I also write for Creekside Living, the local magazine for our neighborhood, and we were blessed with the opportunity to do a restaurant review for Old 27. 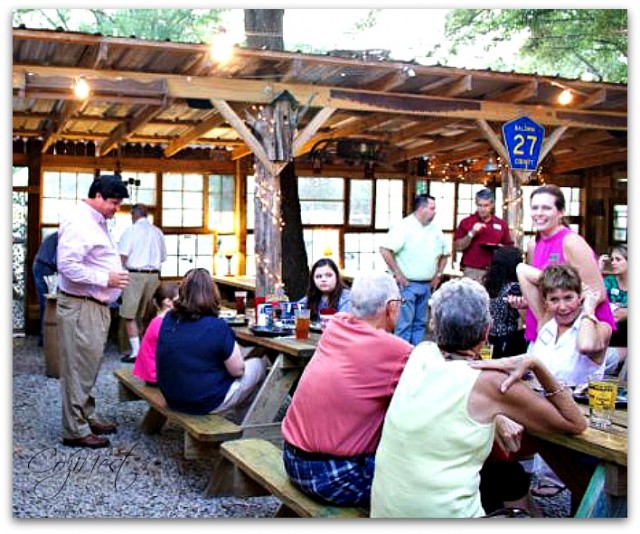 William Stitt is the owner and we were also introduced to his lovely bride, Lori, last night. It was like going home for a family backyard cookout. The menu included sliders, sausage dogs, different salads like pimento and chicken and homemade brownies. 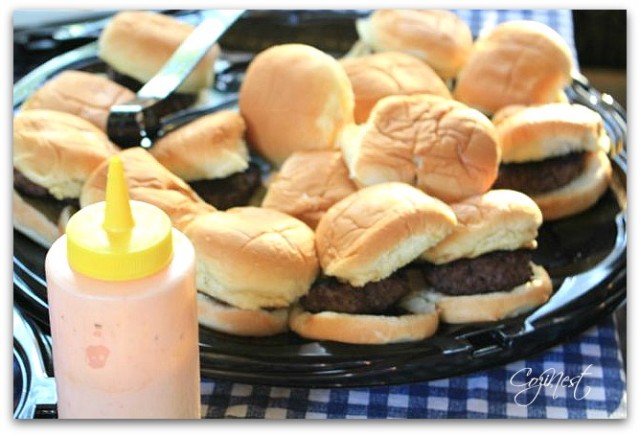 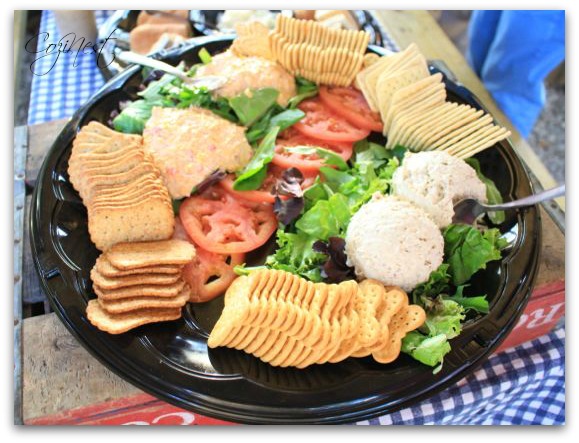 A new love for Mr. Cozi and I was the homemade German Mustard for the sausage dogs. Two different mustard seeds are soaked in beer from the Fairhope Brewery and to say it has a unique taste does not do it justice. I had a sausage dog with sauerkraut and the German Mustard Sauce and it was pure discipline to stop at one! It was suggested that William sell this sauce to the public! 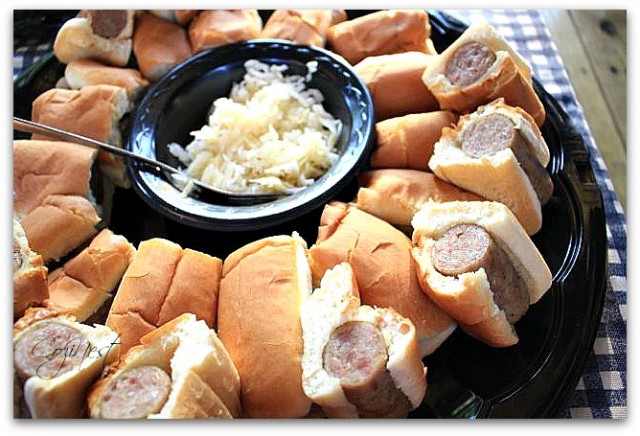 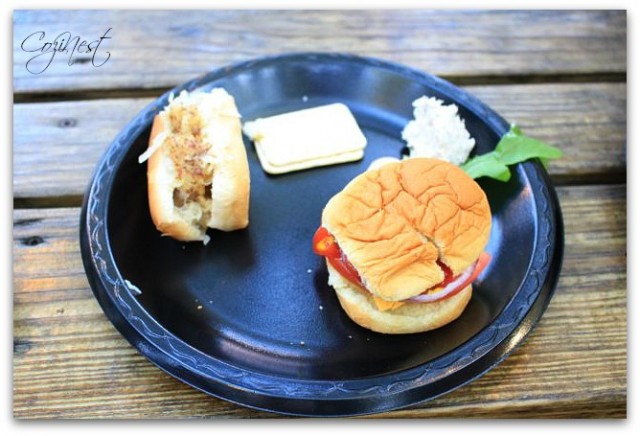 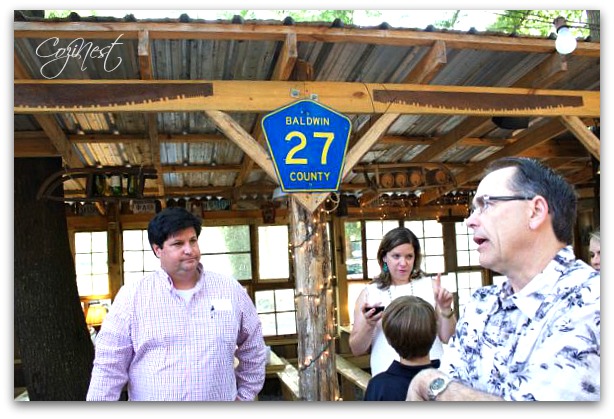 The bar was open, the patio lights strung above our heads kept the ambiance festive and many friends and neighbors were in attendance. Children were playing nearby, but were often seen grabbing another brownie or two. This is a great place to enjoy a burger and a beer, have shakes for the kids and on occasion hear the music of a future star. On Tuesday and Thursday they have musical groups who play only original music – no covers! One night you just might hear a song at Old 27 Grill that is playing on the radio next week. Such a fun place to hangout! 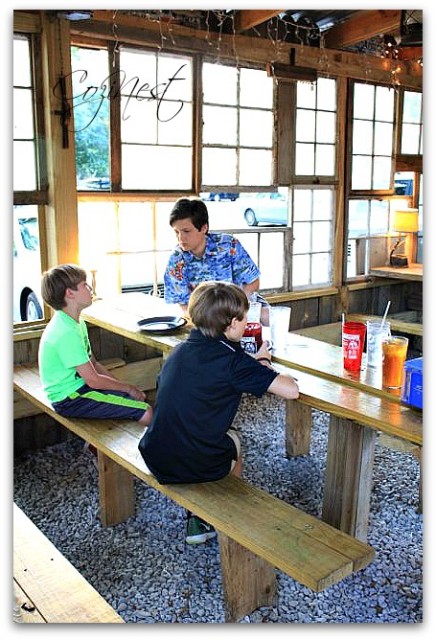 One of the things I love about our neighborhood is the diversity of ages. We were breaking bread with 8 year olds as well as those who were my age. (A lady never tells.) It was a fabulous evening. I made lots of new friends and let me tell you… a southern girl can never have too many of those! Combine that with sliders, sausage dogs and adult beverages… what more do you need to form a favorite local hangout? In these southern parts, I can think of only one more thing… bzzzzzzt! 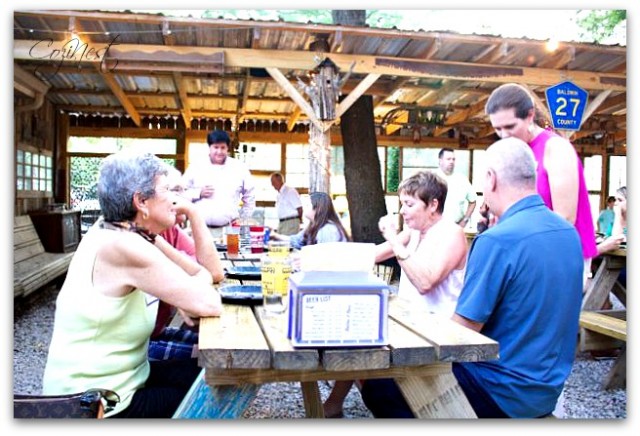 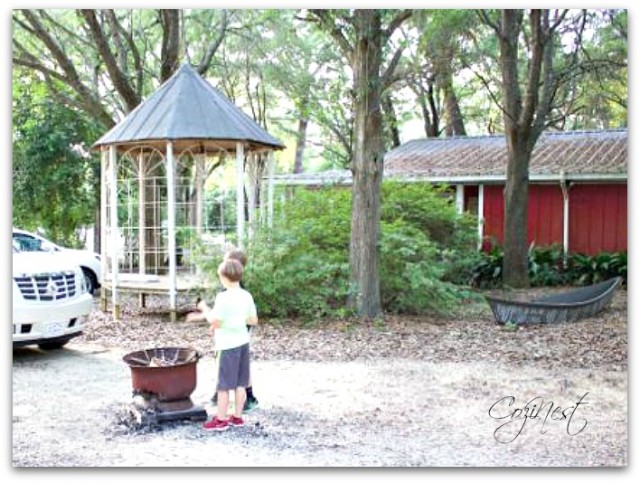