Mary, the Mother of Jesus

It is believed that Mary lived 11 years after the death of her son, Jesus. We don’t have much more information about Mary. We know this:

From the Perspective of Mary

The Bible tells us not to add to or take away one letter of our Holy Scriptures, so please be aware that what I’m sharing here is not meant to teach any doctrine or lead anyone to any conclusions about Mary. A friend of mine asked me to write something from the perspective of Mary, as a mother who’s lost her son specifically between the time of His death and resurrection. Tough assignment. But the things I’ll learn along the way could be incredible. I accept the challenge.

As I begin this assignment, it’s the day before Mother’s Day. I will likely get a phone call from my son who lives across the country. I will be having lunch with my daughter.  I think they are perfect. I love all that they have accomplished so far in their lives.

Life is so unfair

I’m imagining what it would be like to lose my perfect son who is the promised ONE of Israel. I’ve been visited by angels, gotten pregnant miraculously, given birth in a cave and watched my son grow into a perfect human/god man. I’ve found Him after He was lost. I’ve heard Him explain that He was on a mission from God since He was about 11 years old. I’ve seen Him perform miracles. I’ve listened to Him teach multitudes. People follow Him. I’ve watched as He was falsely accused, sentenced and crucified for crimes He didn’t commit. Life is so unfair. Or is it?

As a Jewish woman, I was expecting King Jesus to victoriously take the throne and rule the universe from Jerusalem. That’s not what happened. Instead He healed the sick, preached do unto others, called the ruling religious leaders vipers and introduced us to the Father. He cried. He raised people from the dead. He taught us to be fishers of men. He was tempted. He prayed. He ripped the Veil. He finished His mission. Dead. Did she know that wasn’t the end?

Mother of the Ages 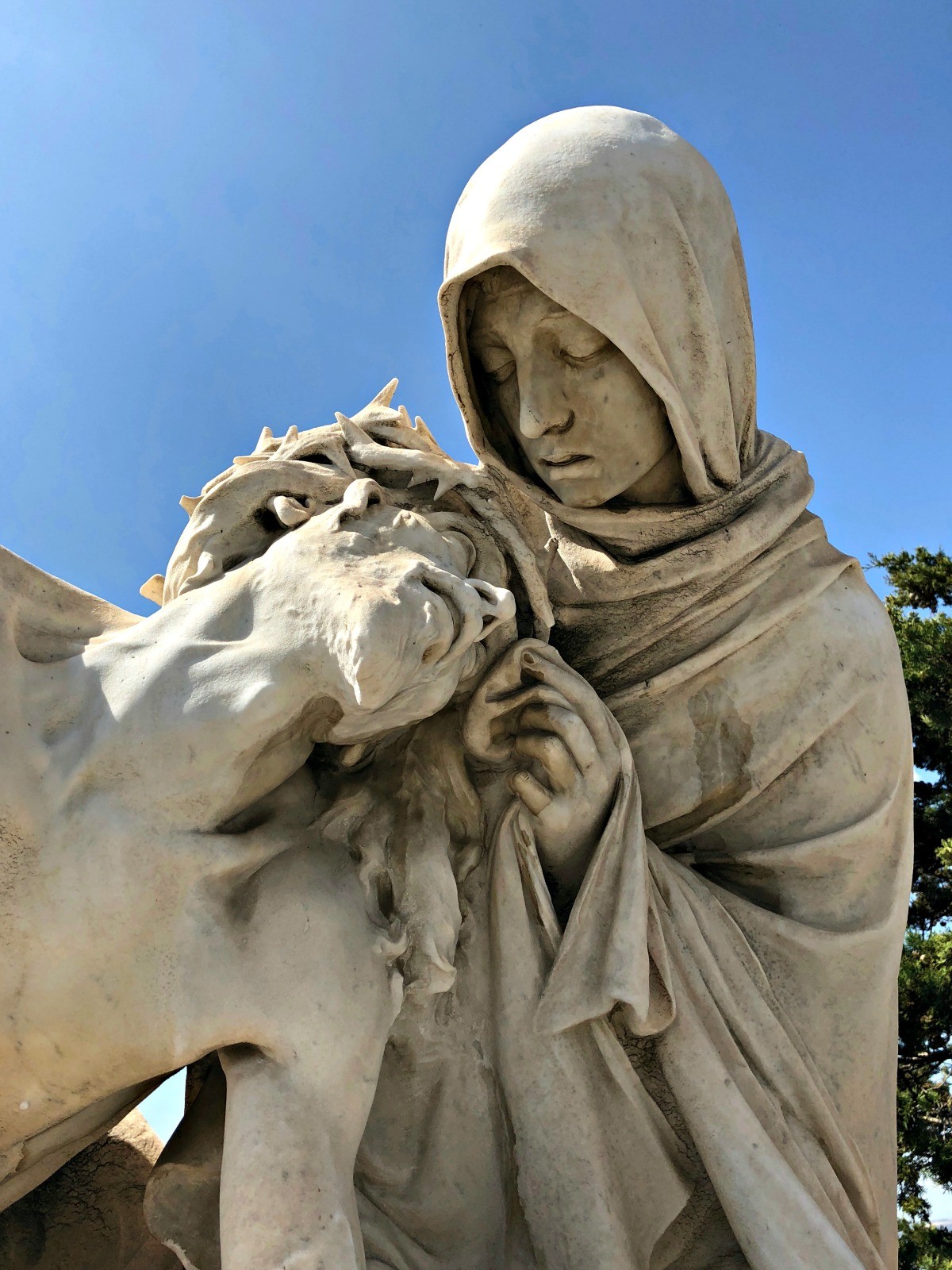 Would you sign up for this mother of the year award? Is it fair to have a perfect son murdered right before your eyes? Did she understand it was a voluntary death and not murder at the time? Could you lie at the foot of a cross and watch as your son bled and suffocated to death? As memories of the lame walking and the blind having their eyes opened flood your mind, could you sit and listen as soldiers wager over your son’s clothing? Clothing that only 33 short years ago was a swaddling blanket?

No life is not always fair. I lost my father a year ago due to human error. There are people to blame for his death. But, he is with Mary’s SON now and I wouldn’t bring him back here for anything. He was a son and as perfect as we all thought he was, he had faults. I have wished at times that those people could be held responsible for his death. But, this morning I’m thinking about Mary.

Mary was a different kind of mother

Mary was a mother just like me. She loved her son and if there was ever a woman justified in being proud of her son’s accomplishments, it was Mary. But, she was different. I believe that the clue we get of her dedication to her Lord is where we find her after His death. She wasn’t protesting HIS death in the streets. She didn’t request meetings with government officials. She didn’t hide away and grieve herself to death. Jesus gave John the responsibility of caring for His mother and on the Day of Pentecost that is where we find her. (Acts1:14). In the Upper Room, with the 11 disciples and others totaling about 120 people, Mary is following the instruction of Jesus. Wait here and the Holy Spirit will come and baptize you in fire. (Acts1:4) Why was she there? To see her son again? Yes, that is likely, but I believe more than that, she believed His gospel and wanted to be part of it. Her feet were ready to “shod the gospel”. I don’t know what Mary did during those 11 years after His resurrection, but as they say, it’s all about location, location, location. She was by His side then and surely she is now.

Each of us at one time or another take up a cause because of injustice or an untimely death. Mary was found doing just that … only she took up a cross. Just as we are called to do. Take up your cross and follow me. (Matthew 16:24). I ask all mothers on this Mother’s Day to consider Mary. Call to Him. Be ready. Wait for His instruction and then spend the rest of your life whether it’s 11 or 111 years, serving the Perfect Son.