It’s THE season! Fun, food and football! What more could we want? Well, good manners and courtesy toward our fellow fans would be a nice addition, don’t you think? So, what are the proper game day rules of good behavior? And what defines bad manners? There are rules on the field, shouldn’t there be some form of football etiquette off the field? To borrow Woodrow Call’s line from Lonesome Dove, “I hate rude behavior in a fan! Won’t tolerate it!”

Now, I’m not a violent person. I wouldn’t want to beat a person to a pulp like Woodrow had just done in this video because of a few minor etiquette infractions. But!  I certainly wouldn’t mind dropping a few flags in the stadium to penalize rude fans! For instance: How do you claim your seat if someone is accidentally sitting in it? How do you handle a person standing up in front of you during the whole game? How would you stop a fan sitting behind you from kicking you in the back? I mean we are all on the same team, right? 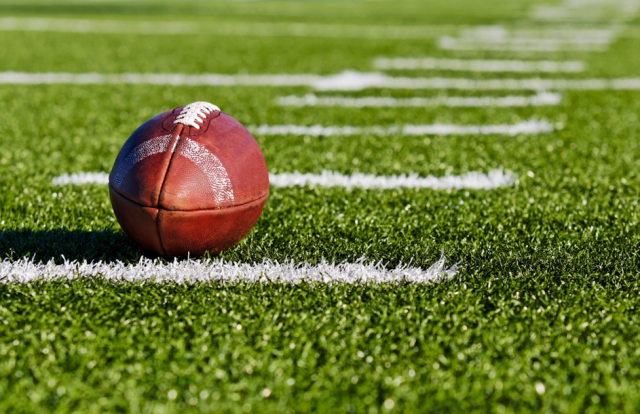 Let’s take a hint from the fouls on the field.

Here’s the list and penalties from Football for Dummies:

Let’s all take a pocketful of yellow flags with us and as you approach someone sitting in your seat, instead of hollering, “get out of my seat,” just politely drop a flag in their lap. Surely Emily Post would approve.

If someone stands up for a lengthy period of time when there is not a big play in motion…. drop a flag for a 5 yard penalty toward the gate they entered.

When a fan uses any body part that belongs to them or an offspring sitting on their shoulders to inconsiderately prevent other fans from seeing the ball carrier – flag! 10 yards toward the exit.

If someone brings more people than can fit in the seats they are allotted with their ticket purchase – throw them a flag! 5 yards for each offender toward the gate they entered.

When the t-shirt cannon is blasting a shirt toward me and a guy reaches from 2 rows behind me to catch it…  Don’t you agree that it’s interference?  Flag and 15 yards toward the gate they entered!

I love this one. Any fan who continuously kicks another in the back – flag! And a free 15 yard kick toward the gate they entered.

And ladies, I apologize, but this one is for us. If you “rough” any fan with your swinging handbag as you step over legs or feet to get to your seat…. Flag! A 15 yard penalty toward the gate and an automatic down of your handbag to the person you hit in the head with it. I mean really, let’s use our southern belle manners!

These are just a few of my ideas… and who knows perhaps we would penalize the rude behavior right out of the gate! What are your ideas on how to handle rude behavior in a fan? Be polite or you just may get one of these…. 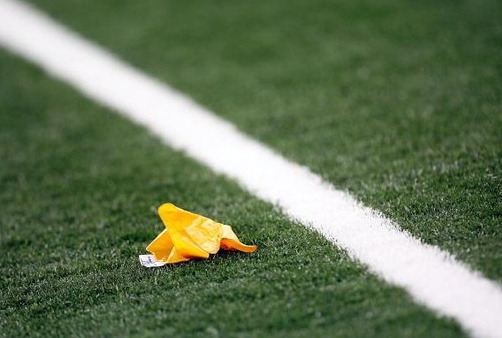