Even the Dog was a Girl

My daddy has three daughters, a wife and as I’ve heard him say, “even the dog was a girl.” My poor father has dealt with more estrogen in his lifetime than a gynecologist. I thought I would share with you a few quotes that perfectly describe what it must have been like raising all girls for a man who is the Clint Eastwood of my life.

I’ll have to begin with what must have gone through my dad’s mind with every introduction to a future son-in-law.

“You’ve got to ask yourself one question: ‘Do I feel lucky?’ Well, do ya, punk?”  Dirty Harry

The background information that you need to know is that my dad is a retired chief of police in our small town. His nickname was Buford Pusser. He did walk tall and his shoes have always been hard to fill.

You got a warrant? Buford: Yeah, I keep it in my shoe!

Those Nashville papers are playing up that big stick of his like he’s Sir Lancelot or somebody.

My daddy never carried a stick, and while he’s never said; I imagine he did have to kick in a door or two. He didn’t need a stick. People respect him because they know he means what he says and says what he means. He doesn’t say much, which makes him a lot more like John Wayne than Lancelot.

“Talk low, talk slow and don’t say too much.”

As sure I’m sitting here typing, this quote describes my daddy to a T. He has never said much, you have to listen to hear what he says and being a southerner to the core, he’s always talked slow.

“Courage is being scared to death…. and saddling up anyway.”

“Saddling up anyway” reminds me of my dad. I would lie in bed at night waiting for the one sound that made me feel safe. When daddy got home from a shift of police work, I could hear him walking down the hall toward the bedroom. It wasn’t his footsteps that made me feel safe. No, it was the crackling of his leather holster. It wasn’t the weapon, it was the holster. That crackling signaled that my daddy was safe and his dignity was in tact. We all had another day with him as our Clint Eastwood or John Wayne or better yet, we had another day with our Chief. 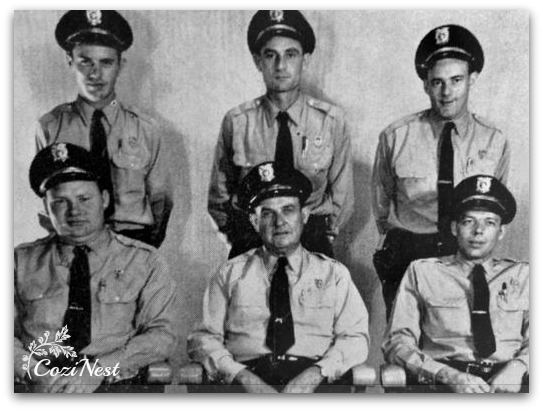 My dad is the officer seated on the far right.

“You can take everything a man has as long as you leave him his dignity.” ~ John Wayne

To this day, with my daddy nearing 79 years of age, he has lost his parents, retired from his job, his only living sibling is suffering from Alzheimer’s, his daughters have all grown up and the dog has passed away; but my daddy still clings to his dignity. He “saddles up” on a daily basis and rides out to face the day. 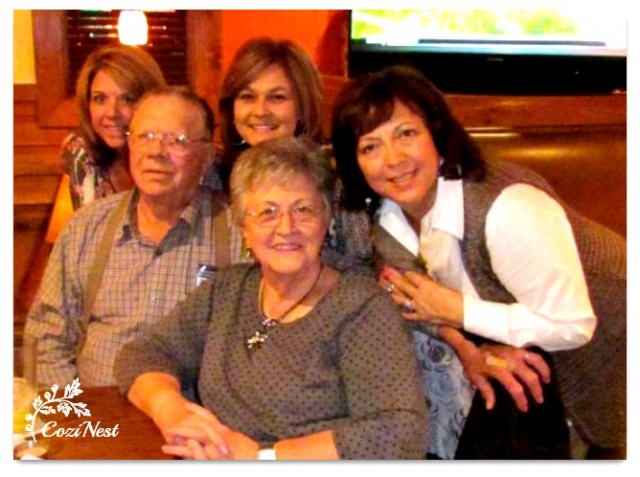 He is loved and greatly respected by all of his family, but one young man in our family is carrying on that dignity. My nephew, Dustin, made me the proudest aunt during a recent conversation. We were discussing some things about daddy that we admire and he said this to me:

“I’m so glad Papa is my granddad. I love that man and I hope to be half the man he is someday.” 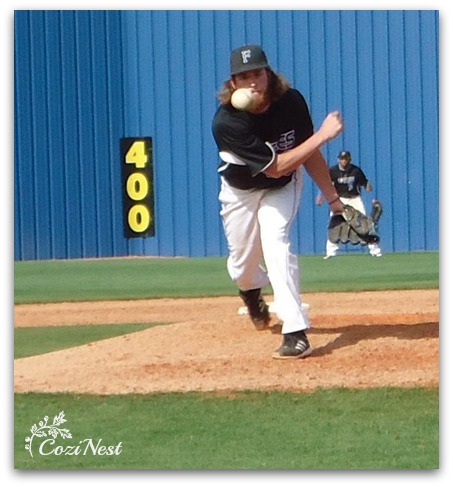 He is well on his way. He was the pitcher on a college world series team last year and has graduated in Criminal Justice from Faulkner University in Montgomery. 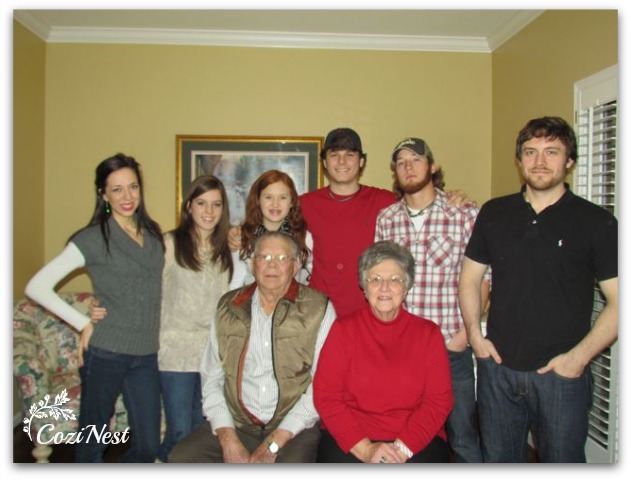 Dustin – back row,  second from right, one of six grandchildren who make daddy proud. Front row – Chief and his bride.

He may have dealt with lots of estrogen in his lifetime, but my dad is passing on lots of testosterone. What a man! He is a role model for his daughters and now his grandchildren.  What legacy is your father passing to the next generation?

P. S. If you are looking for creative ways to tell your dad you love him on Father’s Day, check out this website… Chattering Robin’s Father’s Day Card.