On this Fashion Friday, I have a question for you. What does your independence mean to you? The meaning of the word is freedom from the control, influence, support, aid, or the like, of others. As a country we are so blessed to have our freedom. It’s an incredible reason to celebrate and we’ll all spend this weekend honoring our country different ways. Some of us will cookout with friends at the beach, lake or in our backyards. Others will attend baseball games, parades and firework displays. The one thing we will all have in common over this great country is the flying of and perhaps wearing our colors. Red, white and blue. There’ll be no fussing or feuding over what this flag means or the history of it. One more reason to celebrate!

The remainder of this post first appeared in a monthly column, Artful Living, that I write for our neighborhood magazine, Creekside Living.

Sewn on the lap of a Philadelphia seamstress, the broad stripes and bright stars of Old Glory offer a perfect example of artful living. While the original design of the flag had no symbolic meaning of the flags’ colors, after the design of the Great Seal of the United States, significance of the stripes have been attributed to the flag as well. White signifies purity and innocence. Red represents hardiness and valor and Blue proclaims vigilance, perseverance and justice. The thirteen stripes represent the thirteen original colonies and the stars, of course, number the states of our union. 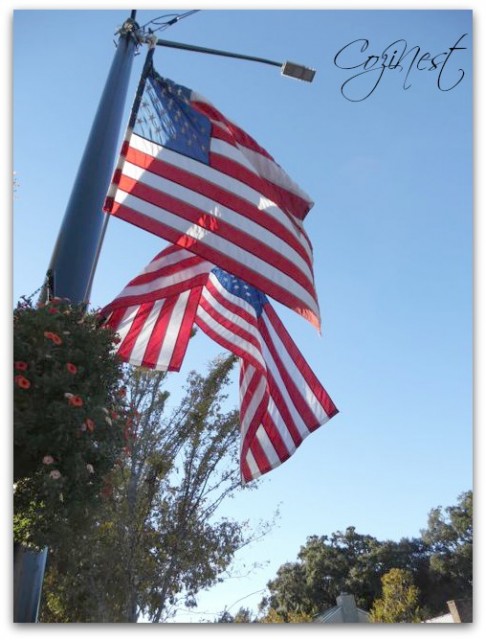 The flags that line the streets of Scenic 98, the lamp posts downtown, the Fairhope Pier and concerts on the bluff are a current vision of what could have been the cover of a Saturday Evening Post during the days of Norman Rockwell. He described his work, “I showed the America I knew and observed to others who might not have noticed.” 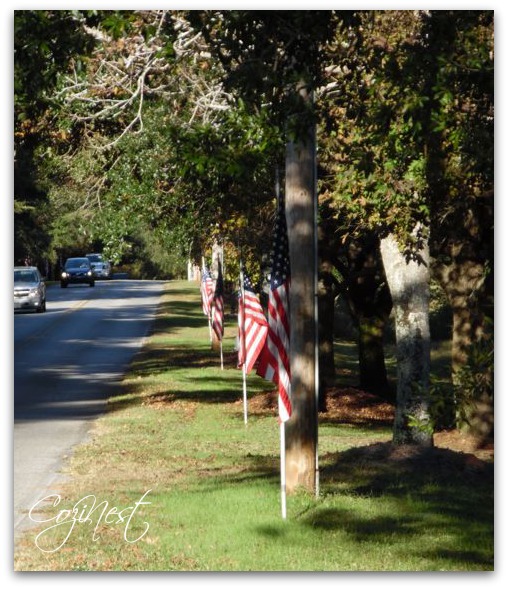 Fairhopers do this well. Beneath the flags that wave our patriotism toward the sun, are beautiful flowers and sidewalks paved with memorial bricks. The holiday fireworks on the bay are set to patriotic compositions played by the Baldwin Pops as our children march around the bluff waving their flags. Each holiday the children are given a short list of instructions of how to properly carry the banner, being careful to hold it upright and not to let it touch the ground. We still recite the pledge of allegiance and sing our national anthem during the presentation of colors.

Yes, Old Glory has been a symbol of artful living for centuries. It was a symbol of unity and hope on 9/11, victory atop Mount Suribachi on Iwo Jima, courage and accomplishment on the moon and pride on the backs of motorcycles, atop municipal buildings, in corners of class rooms and in small hands along parade routes. And for any who may not have noticed, Rock Creek and Sandy Ford residents also share our love for the America we love and observe. I think Norman Rockwell would be pleased.

Wherever you are celebrating this weekend, think of this… we are all united as Americans on this holiday. There’s no separation of south from north, east from west, black or white, immigrant or native. We are all free to eat, drink and wave our flags with pride on the fourth of July. On Monday some will continue to exercise the freedom to protest what flag should wave where, but for this one day…. 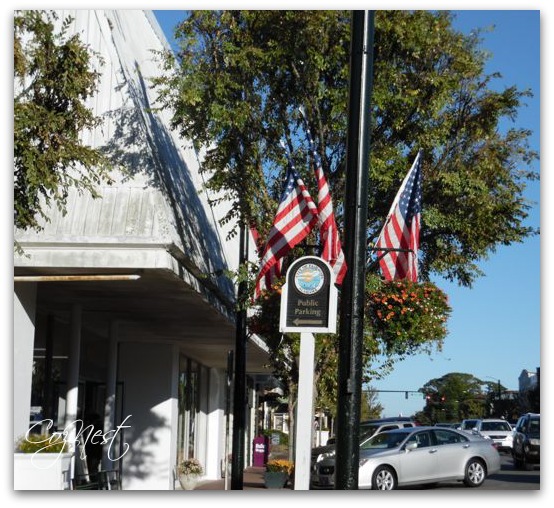